Should You Let Your Teen Use Social Media? 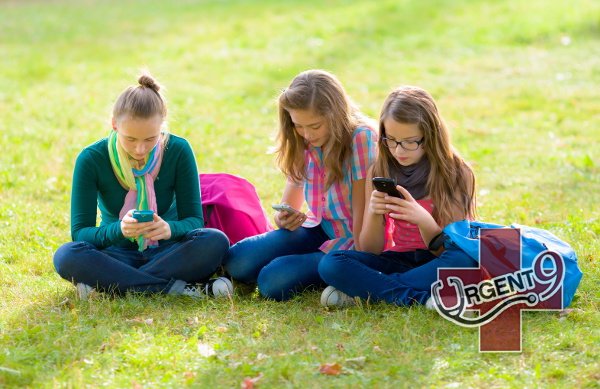 There’s no denying the fact that social media, for all its positive aspects and ability to keep us connected, can also have seriously deleterious effects on our mental health. That’s true for mature adults, let alone kids and teens who are just figuring out their place in the world and how their social environment works. Before you let your teen or ‘tween’ have access to a smartphone and their desired social media platforms, it’s critical to teach them how to have a healthy relationship with the various social platforms.

What You Should Know Before Allowing Access To Social Media

Despite almost all major social media platforms requiring users to be 13 in order to have an account, all you need to do is step into a school hallway for a few minutes to realize that’s not a realistic representation of the age that kids start joining. What’s more, it’s certainly no slam-dunk that 13 is an appropriate age for every teen to start participating in social media. Remember that social media is a very new format, and research about how it affects our brains — though still ongoing — is not particularly promising in its outlook.

Like many other guilty pleasures, social media can give us a boost of dopamine here and there throughout the day, but it needs to be used in moderation. Kids in particular are ill-equipped to mentally handle some of the more dangerous aspects of social media, including the potential for bullying, self-image issues, being accosted by strangers, and the temptation to send or post sexually charged pictures.

That’s not to say that a well-adjusted and responsible teen shouldn’t be allowed access to certain social media platforms. However, it’s the responsibility of the child’s parents to have a couple tough conversations with their kid before giving them access to their own smartphone and social media profiles. Failure to do so can harm a child’s social, mental, and emotional development, leading to serious problems down the line.

How To Talk To Your Kids About Social Media

First, before giving your teenager access to social media (and we highly recommend 13-14 being the absolute youngest age to do so), you need to cover some very important topics with them and test their ability to navigate common social media pitfalls.

For example, ask them how they would feel if they start seeing a friend post sexually suggestive or racy pictures, and the stream of validation or compliments that would likely follow that post. Would it tempt them to post something similar, to try and receive the same validation and good feelings? Or would they rather get that social validation from accomplishments or more modest pictures of themselves?

Ask your teen, do they realize the permanence of social media content in today’s day and age? Despite your privacy settings, we live in a world where what we say and do online can echo for the rest of our lives. A careless post made in an emotional moment can stick around and haunt the poster for years and years. Is your teen willing to approach every single post with the knowledge that it is likely permanent?

Or, what about evidence of bullying, racism, or hate speech on social media? Are they ready to see the ugly side of human nature, and how equipped are they to handle it should those terrible things get directed their way?

By discussing these difficult, but necessary topics with your teen, you can get a sense for whether they’re mature enough to start participating in social media. After all, at some age, they’re likely to plug into it, as it’s become a ubiquitous part of our modern world. However, that doesn’t mean that you should simply take a “sink or swim” approach to letting them figure it out on their own. As a parent, it’s up to you to guide and nurture your child through the complexities of growing up — and what better arena to do so than with their introduction to social media?